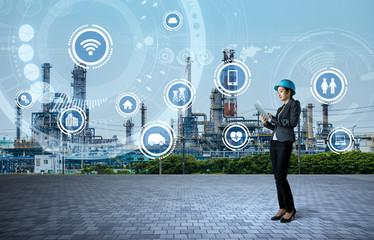 A Manufacturer Operating Factories in Japan

The client – an American manufacturer operating factories around Japan – needed to establish a compliance structure, as they were pressed to respond globally to secure trade secrets and personal information and comply with anti-trust and anti-corruption laws.

•In the United States, the headquarters fulfill the role of a global hub
•Japanese lawyers identified legal items needing adjustments to conform to Japanese laws
•Identification and handling of compliance violations from parent based on formulation of an internal reporting system

Although an incident presenting legal risk was discovered through internal reporting, since it was quickly discovered by the parent company, instructions were communicated to the Japanese subsidiary before further issues surfaced and, through the cooperative assistance of Japanese lawyers, the problem was effectively handled.

Management Team: review of basic policies to be applied in regard to protection of trade secrets and personal information, as well as antitrust and anti-corruption laws

Legal Team: identification of legal areas in need of alteration to comply with existing laws

Japanese Subsidiary Team: identification of issues involved with operating in Japan and cooperation with personnel of Japanese subsidiary

Legal Team: support the management decisions of the parent company regarding final decisions on basic policies based on feedback from each local subsidiary

Management Team: clarification of directives to each local subsidiary